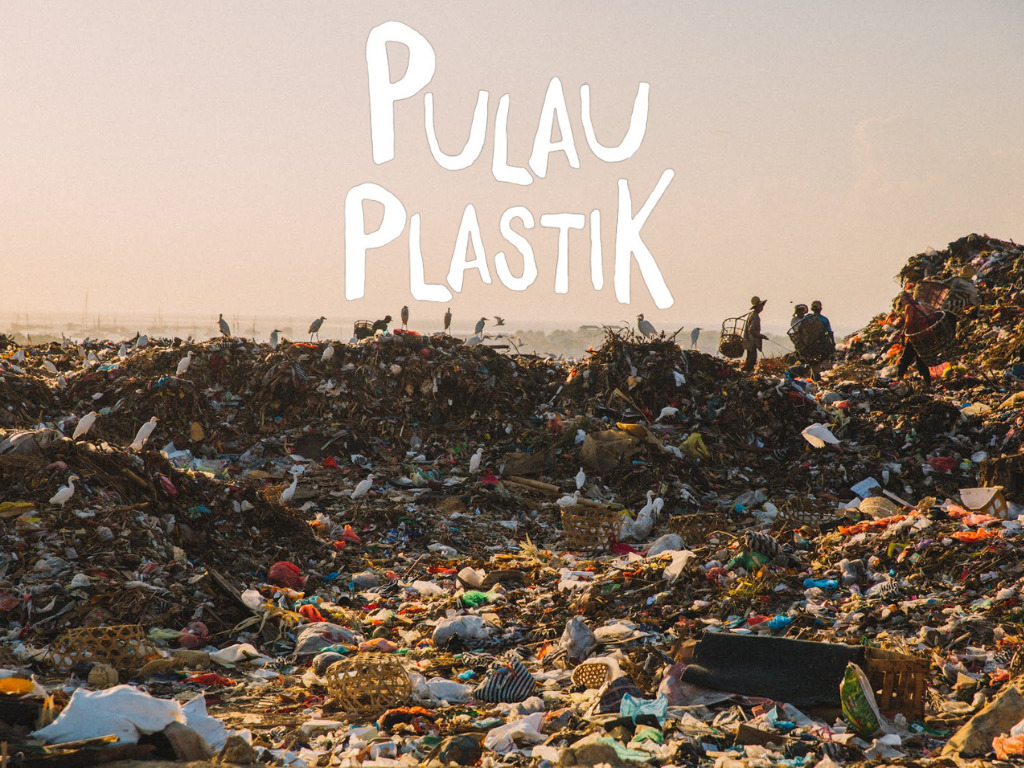 Pulau Plastik (Plastic Island), a documentary film shot in Indonesia, is set to release in cinemas across the country on Earth Day (April 22), inviting audiences to take a look at the extent of single-use plastic pollution and encouraging us to reduce our massive dependency on it, not only for the good of our planet but also for ourselves.

Pulau Plastik, adapted from a series with the same title, is produced by Visinema Pictures, backed by R&D lab Kopernik, which aims to address social and environmental issues, and by production house Akarumput, which uses art, music and media tools to raise awareness, as well as by documentary channel Watchdoc.

Filmed in Indonesia, the documentary takes the viewers on a journey to expose the extent of the plastic pollution crisis in the country, how it reaches the food we eat, and ends with information about what can be done to solve this crisis.

Before the film’s screening, from April 18 to April 21, a series of ‘The Road to the Premiere’ activities will be conducted across Bali that will include a ‘Sunday without Plastic’ event at Kebon Vintage in Denpasar along with a press conference, a show that will discuss local solutions and a live music concert.

In a press release seen by Green Queen, co-director of Pulau Plastik, Dandhy Laksono said: “PULAU PLASTIK is not only a collaboration of producers, filmmakers and the film’s characters, but it is also a combination of science, street activism, art, and an investigation in videography. The production team has extensive experience in capturing ecological and political issues in Indonesia.”

The film is a combination of science, street activism, art, and an investigation in videography. The production team has extensive experience in capturing ecological and political issues in Indonesia

Co-directer Rahung Nasution added that the film explores the facts that we need “to solve problems without creating new ones”.

COO of Kopernik and executive producer of the film Ewa Wojkowska spoke about the mission of the movie: “We began this initiative in Bali with the vision that local culture and local wisdom can be a big part of the solution to prevent the ever-increasing problem of single-use plastic pollution. Through the film, we hope to inspire and encourage everyone to take real action and reduce the reliance on, and problems caused by single-use plastics.”

Read: John Oliver’s HBO Show Discusses The Extent Of The Global Plastic Pollution Criss and How Recycling Is Not As Straightforward As It Looks

In a recent report, Bali’s iconic beaches such as Kuta and Legian beaches were found to be buried with up to 60 tonnes of plastic rubbish on a daily basis.

Indonesia is considered the world’s second-biggest marine polluter and it hopes to limit ocean plastic waste by 70% by 2025 and to completely eliminate it by 2040. To achieve this, it is working continuously to tackle the plastic crisis from employing edible coffee cups to food containers and bags, to making seaweed a sustainable plastic with officials already in the process to hire more than 100 seaweed farmers to ramp up production of the bioplastic alternative.

Recently, Swiss clothing giant H&M joined forces with Danone Aqua to help mitigate the effects of plastic pollution in the country by collecting 3.5 million plastic bottles from the shores and converting them into garments for one of its kidswear collections.

Follow Visinema Pictures on social media for the screening schedule of Pulau Plastik in your region and on streaming platforms.

Treeapp: To Offset Your Carbon Footprint, This App Will Plant A Tree Every Day For Free

Our Oceans Are Heating Up, And Worsening The Climate Crisis…Can We Fix It?