Red To Green Series – Chris Bryant of Cellular Agriculture Society: ‘We Need to Communicate In A Way That Helps People Understand What They’re Eating’

In the third episode of Red to Green’s third podcast season, host Marina Schmidt speaks with the Director of Social Science at the Cellular Agriculture Society Chris Bryant about the current state of consumer acceptance of cultured meat. He says that in most markets about 1 in 5 people are very enthusiastic about cultured meat and they’d buy it with “few conditions and little other information.” Others are more skeptical, but have the potential to be later adopters of the product; this type of consumer is termed a “lagger.” Another note to consider is that most people don’t even know that cultured meat exists; for people who are more familiar with the product, adoption rates are higher. As people get more familiar, Bryant expects acceptance rates to rise. In quantitative and qualitative research, the familiarity effect is demonstrated. Mere exposure effect also suggests higher adoption rates. Individuals will have a more positive perception of something just by being exposed to it often.

For the more skeptical consumers, they need to see that there’s actually a benefit to themselves. So what can cultured meat offer them that meat from animals can’t?

Bryant then speaks on the best route to take to communicate the benefits of cultivated meat. There are other benefits to cultured meat besides environmental and animal ethic considerations; these other benefits are essential to highlight in order to engage the product’s skeptical consumers. One benefit is the pureness and cleanliness of the product because it’s produced in a pathogen- and antibiotic-free environment. Another is the nutritional enhancements this product may have in the future: no or reduced saturated fat and additional micronutrients and vitamins, for example. Vegans and vegetarians often understand cultured meat’s benefits but aren’t very likely to consume it. Interestingly enough, heavy meat-eaters are the most enthusiastic about this product.

Bryant posits that it is better to have meat companies with the alternative protein industry rather than against it, but it’s still important for the industry to maintain the reasons why moving away from conventional meat production is beneficial.

I think that regulators definitely need to have robust processes in place in order to give consumers the confidence that cultured meat they can buy is going to be safe and nutritious for them. And companies need to be transparent in their communications and also clear and highlight the benefits of cultured meat over conventional meat.

Bryant then discusses the most common criticisms or barriers to acceptance with Marina. Naturalness and safety of the product are a concern: people are wary when science is involved in their food. To alleviate this concern, regulators need to have processes in place to ensure consumer confidence, and companies need to highlight the benefits of cultured meat over conventional. Bryant brings up a few examples where technologies have had great potential to fix major issues, but have had problems with adoption and public perception: nuclear energy, GM foods, and biofuels. Studies on the perceptions of these technologies teach us that safety issues about new things are often perceived as much worse if they relate to things people already have safety concerns about. Thus, it is worth companies investing in solid communication plans on cultured meat technology.

In terms of consumer acceptance by country, Bryant states that there are solid markets in European, American, and Asian countries for cultured meat. In terms of religion, cultured meat offers adherents to certain religions leeway with an option of an ethically produced meat product. Despite this, cultured meat may not be entirely compliant with all aspects of various religions’ requirements.

On a different note, Schmidt also brings up that some people do not care about their meat consumption. Bryant notes that the idea of giving up meat produces an “automatic kickback reaction.” People do not want to come to the conclusion that they’ll stop eating meat, so they use motivated reasoning to justify their consumption of meat. Bryant also explains how humans struggle with accepting the scale of the damages committed by animal agriculture. Thus, it’s difficult for individuals to react with an appropriate level of urgency.

I think that we need to communicate it in a way that people feel they can understand the basic idea and understand enough to know what they’re eating.

In the final topic of the podcast, Bryant and Schmidt discuss how, in the past five years, research on consumer attitudes towards cultivated meat has come a long way. One lesson learned is that companies need to be transparent with their processes and not hide things from the public. Another takeaway is that companies need to focus on communicating the product’s benefits and avoid spending too much time with technical refutations, as most people do not understand the technology. The latter tactic will just draw attention to the safety issue. There is a thin line between benign secretive and not oversharing information on the wrong aspect of the product. 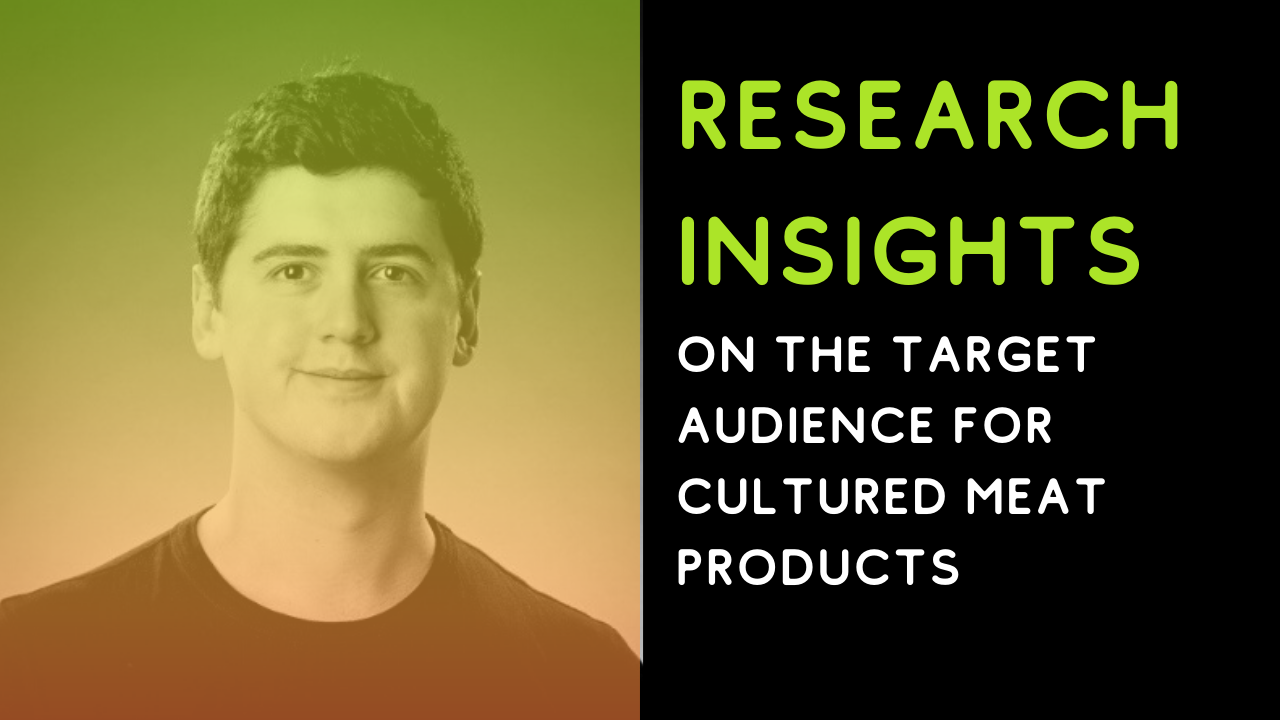