In Episode 4 of Red to Green’s newest podcast season, host Marina Schmidt talks with CEO of Futurity Jack A Bobo on how alternative proteins should be communicated about in the field. Bobo finds that a lot of alternative protein products are developed by ethics-focused companies who want to market their products based on their beliefs. However, that doesn’t work to get people who don’t adhere to their beliefs to consume their products. Bobo advises that companies who want to reach larger audiences try to de-escalate the current tension in the food system. A company needs to think about their long-term strategy: larger food companies may be their investors or potential partners, so heightening existing tension is not ideal.

Many alternative protein companies claim they are “revolutionizing the whole food industry.” This revolutionary ideology creates a sense of coolness for those who are in the group. However, this coolness will only reach innovators and early adopters, not the masses, as Bobo states. This is one of the biggest challenges food companies and startups face: how do you shift from being an early adopter product to a product of the masses? Once this relationship to the consumer changes, there is risk and pushback. For example, the Impossible Burger was first an expensive meal in high-end restaurants. Now it is available in thousands of Burger Kings and accessible by low-income people. To reach the masses, companies need to make this kind of shift despite pushback from the insular group of early adopters and innovators.

When you’re trying to go from early adopter and innovator to early majority is the moment of risk, because your relationship to the consumer changes, and every company that wants to scale has to bridge that divide.

Bobo and Schmidt then discuss the dilemma larger companies face when they attempt to release a “revolutionary” product. Quaker Oats released their own oat milk a year before Oatly made an impact in the United States. However, it failed. Innovative consumers did not find the product exciting or appealing enough and the consumers in the majority simply don’t buy new products.

Schmidt moves on to a discussion with Bobo about the potential self-inflicted wounds of the alternative protein industry. In order to make products cheaper than regular beef, companies will have to fight the animal agriculture industry; and by making the product cheaper than conventional meat, the latter will become a premium product. Innovators and early adopters may backtrack and want to consume “artisanal beef” while the masses eat alternative protein.

Bobo thinks that current product messaging should be similar to “we deliver quality products that are going to be affordable” rather than just about how the product is getting increasingly cheaper. The former phrasing gives off the same economic message as the latter, but from a psychological point of view.

The conversation shifts to a discussion on how protein production needs to increase between 50 and 100 percent by 2050 to meet demand. The amount of future growth that the alternative protein industry could capture is the primary threat the animal agriculture industry faces. The threat this industry poses to the future of animal agriculture is why the conventional meat world is currently retaliating with tactics like banning the use of the term meat for alternative protein products. These sorts of responses demonstrate that conventional meat producers are taking this threat seriously. Bobo thinks we shouldn’t spend so much time talking about putting animal agriculture out of business. This threat likely won’t happen or at least won’t happen for 20 or 30 years. So what’s the point of creating this kind of ill will, Bobo asks.

Bobo brings up the previous use of the term “clean meat” to describe animal protein. This terminology implies that conventional meat is dirty, but in doing so creates a conversation about ethics while a consumer is taking a bite of food. This is not something that most consumers want, he states.

Bobo also brings up a dilemma on reaching price parity for ground beef. He states that if you eliminate ground beef, but you’re still producing steak, all of the by-product meat is just exported. Thus, eliminating ground beef does not get rid of it completely. It just moves it elsewhere to a different market, as long as there is the same amount of steak in the world. Thus, to reduce cow production we need to replicate all useful parts of the cow. This isn’t something that can happen for a considerable amount of time and thus the alternative protein industry’s threat to the meat industry is currently empty. So why create tension between the two?

Bobo mentions the need for transparency before anyone has the opportunity to ask you the question about transparency. Concerns about ingredients will decline as long as consumers know the information is available to them if they choose to seek it out. In a similar vein, Bobo mentions that science is almost never relevant to convince consumers of safety. Trust is what is relevant; science just polarizes people.

Bobo states that you have to be very cautious in what you take away from consumer research. Although it is still important, consumers often don’t even know why they feel a certain way about a product; or they’re incorrect in identifying their reason for using or not using a product. The reasons people give aren’t always the reasons that actually motivate people towards certain behaviors. 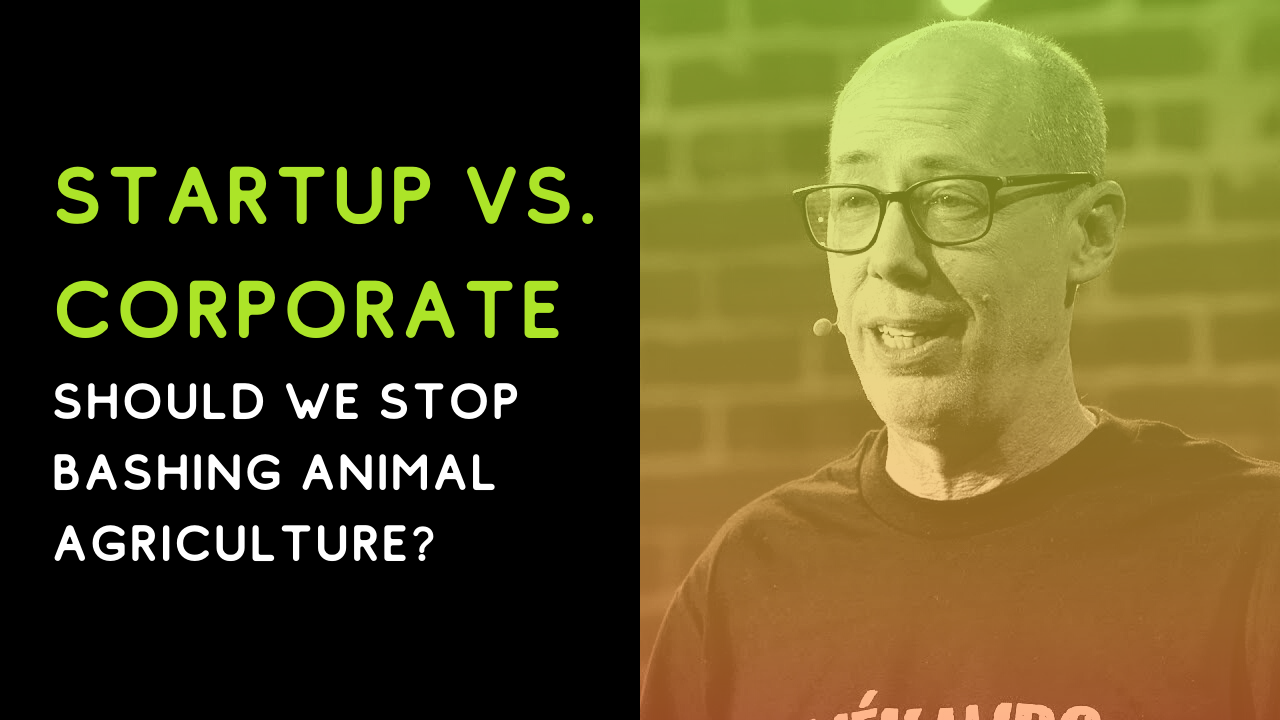 Vegan Mum Must-Haves: 5 Alternative Meat Products I Always Have In My Fridge

How to Find The Best Sunscreens: Reef Safe, Non-Toxic, and Effective

Can Eco Labels Help Consumers Shop Smarter? The U.K. Could Find Out Soon.