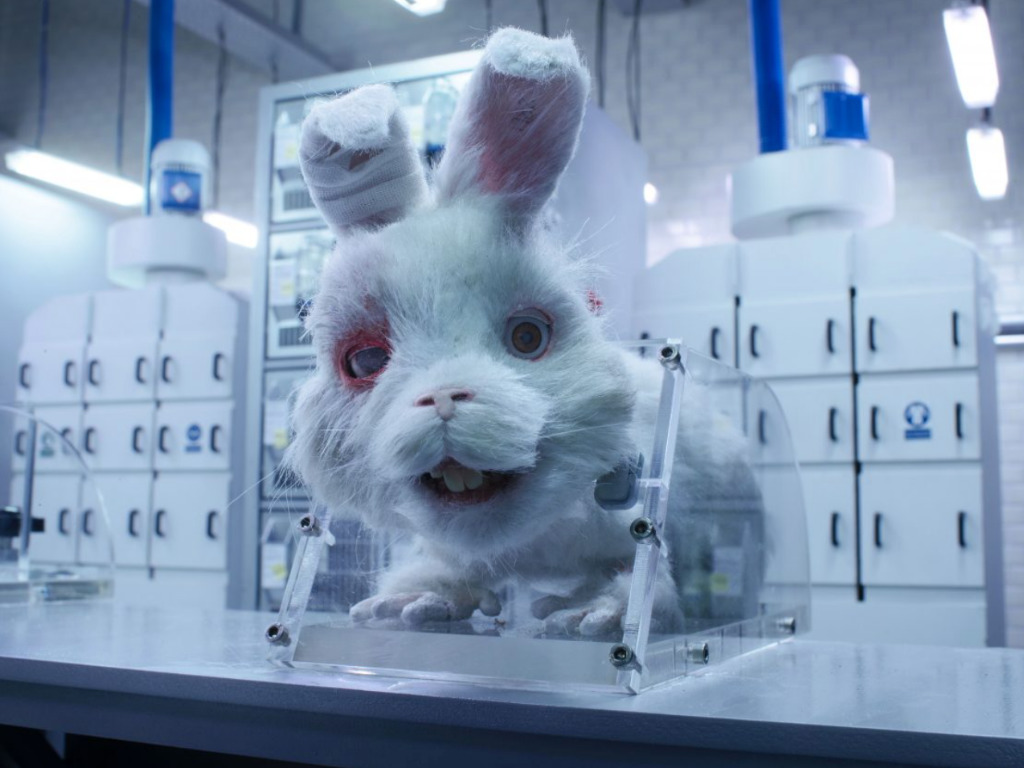 As part of their support for a global campaign to ban cosmetic testing on animals, Hollywood filmmakers and movie stars including Taika Waititi, Ricky Gervais, Zac Efron, Olivia Munn, Pom Klementieff, Tricia Helfer and others joined Humane Society International(HSI) to create a short stop-motion animated film, Save Ralph which draws attention to the cruelty and unnecessary practice of using animals as scapegoats for the beauty industry.

Though banned in 40 countries including India, Taiwan, New Zealand, South Korea, Guatemala and Australia, cosmetic testing on animals is still very much legal in most of the world, with bans being reversed in many regions subjecting several animals to gruesome suffering and leading them to their death daily.

To end this practice once and for all, HSI, which works to protect wildlife and promote animal-free testing and research, along with several Hollywood creators and actors decided to release a short film in an effort to raise awareness about these vulnerable animals, the torture they’re subjected to and encouraging consumers and policymakers to raise their voice for these beings and push for a ban across the globe.

Writer and director of The Greatest Showman Spencer Susser, producer Jeff Vespa of Voices of Parkland and production company AllDayEveryDay joined forces with Arch Model studio to breathe life into Ralph, a young rabbit and through his journey, give a close hand account of what actually goes down behind making your beauty products.

Featuring HSI’s campaign spokesbunny Ralph voiced by New Zealand film director of Jojo Rabbit fame, Taika Waititi, the film interviews Ralph and spends a day with him as he goes to work where he is a “tester” in a toxicology lab and through this one bunny, aims to shed the light on the countless animals that suffer in labs across the world.

In a press release seen by Green Queen, HSI’s president, Jeffrey Flocken said: “Save Ralph is a wake-up call that animals are still suffering for cosmetics, and now is the time for us to come together to ban it globally. Today we have an abundance of reliable, animal-free approaches for product safety assurance, so there’s no excuse for making animals like Ralph suffer to test cosmetics or their ingredients.”

Today we have an abundance of reliable, animal-free approaches for product safety assurance, so there’s no excuse for making animals like Ralph suffer to test cosmetics or their ingredients

According to HSI, in many parts of the world, rabbits like Ralph are forced into neck restraints with cosmetic ingredients dripped into their eyes and on to shaved skin on their back. Apart from this, guinea pigs and mice are relentlessly tortured with chemicals poured on their ears and skin with none of these animals taken care of after this horrendous process, eventually dying or being killed by these companies.

Save Ralph director, Spencer Susser said that though animals in cosmetic testing labs don’t have a choice, we do and “it’s our responsibility to do something about it”. “When the opportunity came up to create a new campaign for Humane Society International, I felt that stop motion was the perfect way to deliver the message. I hope that audiences fall in love with Ralph and want to fight for him and other animals like him, so we can ban animal testing once and for all.”

Puppetmaster and set designer, Andy Gent said that through animation, one can share even the most complex of stories and make them a reality in a non-threatening and educational manner. “In our miniature world of models and puppets using stop motion filmmaking we hope to bring attention to this mission to stop animal testing for cosmetics. We’re all very passionate about what we do, and it’d be very nice to think that this project to Save Ralph will have a greater, wider effect.”

It’s laws that need to be changed, and industry leaders like Lush, Unilever, P&G, L’Oréal and Avon are working with us to secure meaningful animal testing bans in many of the world’s most influential beauty markets

Supported by the film, the campaign launched by HSI is aimed at 16 countries including Brazil, Canada, Chile, Mexico, South Africa, and 10 Southeast Asian nations. In addition to this, the Humane Society of the United States and Humane Society Legislative Fund, along with partner organizations are calling for changes in the U.S. legislation.

HSI is even showing its support for existing bans like the one in Europe because though the ban is in place, where authorities of the European Chemicals Agency are trying to exploit a legal loophole by demanding new animal testing of cosmetic products.

Furthermore, to reach wider audiences, the film will launch in Portuguese, Spanish, French and Vietnamese with Brazilian actor Rodrigo Santoro, Canadian film director Denis Villeneuve and others voicing the characters in the film with American actress Maggie Q delivering a message of support.

“Animal testing just makes me angry. There’s no justification for dripping chemicals in rabbits’ eyes or force-feeding them to rats just to make lipsticks and shampoo. Science has evolved enough to give us non-animal solutions to end this terrible cruelty—it’s time for our humanity to catch up.”, shared Ricky Gervais, English actor and comedian who has previously supported the HSI in its campaign for putting an end to the sale of animal fur in the U.K.

HSI’s vice president for research and toxicology, Troy Seidle, concluded by stating that though it might be easy to clame companies that etthis happen, they too need to be included in the solution process. “It’s laws that need to be changed, and industry leaders like Lush, Unilever, P&G, L’Oréal and Avon are working with us to secure meaningful animal testing bans in many of the world’s most influential beauty markets. We’ve recruited Ralph as our spokesbunny to help get these laws over the finish line.”

There’s no justification for dripping chemicals in rabbits’ eyes or force-feeding them to rats just to make lipsticks and shampoo. Science has evolved enough to give us non-animal solutions to end this terrible cruelty—it’s time for our humanity to catch up

Instead of choosing these products that mercilessly kill animals, opt for cruelty-free products from over 2,000 beauty brands including Lush, Garnier, Dove and Herbal Essences that use safe modern testing models. Though there isn’t a global shopping guide for these products, HSI recommends looking at resources like LeapingBunny, BeautyWithoutBunnies, Logical Harmony, ChooseCrueltyFree and Te Protejo.

To end this cruelty in the beauty industry, you can sign the petition here to ban cosmetic testing on animals.