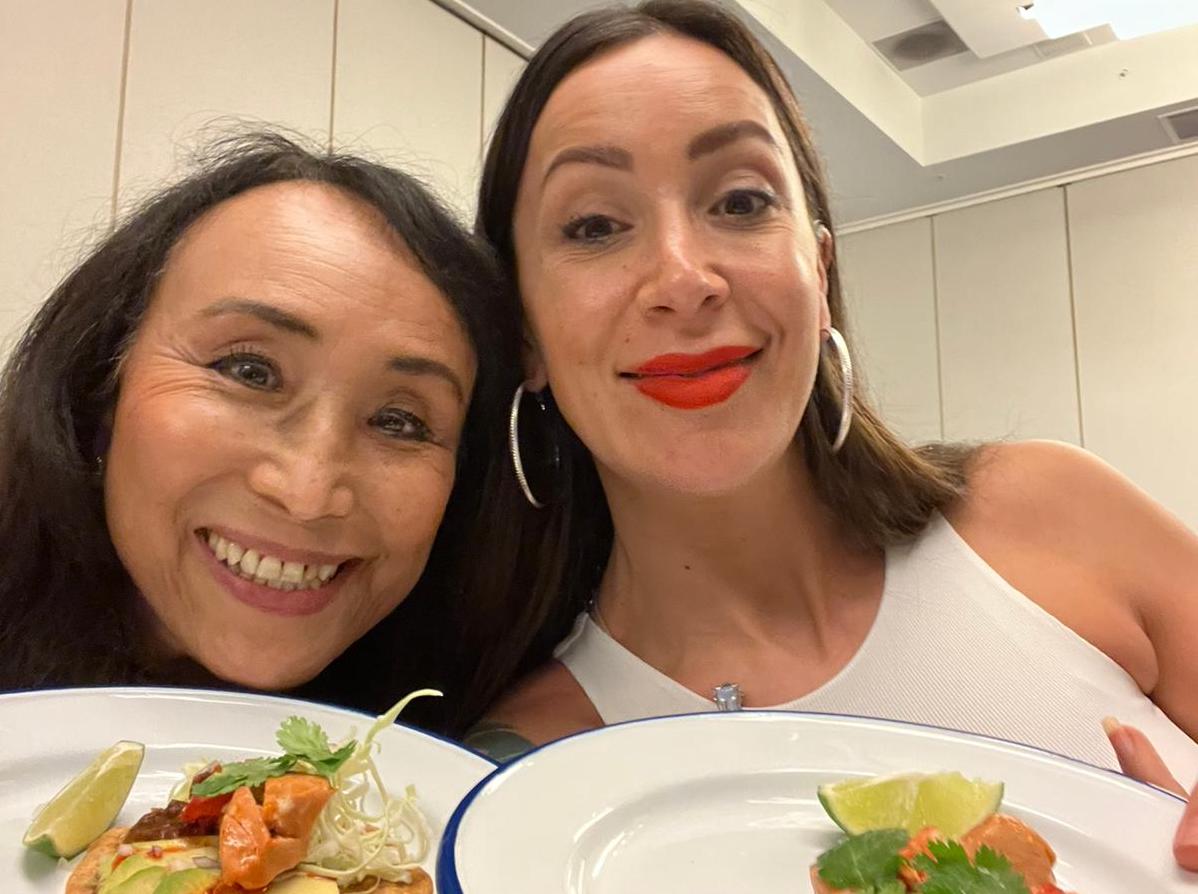 Despite our team missing what felt like the alt protein industry reunion of the year (major FOMO), we managed to to get Vegan Women Summit founder Jennifer Stojkovic to tell us what her favorite things were so we could share them with you. Below, she offers up her honest review of the creations of five alternative protein startups that are working to create a safer, more ethical and more sustainable future of food.

San Francisco is a tiny, tiny city with a larger-than-life reputation, and there is no better place to debut the cutting edge future of food. Thus, it was no surprise that the who’s who of food tech descended upon the city’s 49-square-miles for a virtual week-long playground of alt protein during Future Food Tech last week. Corporate giants and scrappy visionaries alike, I was lucky to be among them. Today, I am sharing five exciting new products from the conference that excited me most and I hope excite you, too.

If you had told me even a year ago that I would be tasting a cocoa-free cocoa at a food tech show, I wouldn’t have believed you. That’s because up until recently, most food technology in the alt protein space has focused on removing animal products from the food system. While this is still the primary goal of most in the industry, a number of new companies in the space have emerged to tackle other environmentally unsustainable products – enter QOA, a startup aimed at disrupting the $130.56 billion chocolate industry (as of 2019).

I had a chance to try QOA’s cocoa-free cocoa as a dipping sauce on a strawberry. The texture was identical to chocolate sauce I’ve made at home and though it was not as thick as a traditional chocolate fondue, it certainly brought all the flavor of a strong dark chocolate. Point blank, if I was not told this was not real chocolate, I would have had no idea. I’d love to try this product as a finished consumer packaged good, like a candy bar or even a protein shake. I definitely would switch from buying regular chocolate to QOA’s products, if the price and accessibility was right.

Where’s it from? Munich, Germany

What’s it made of? Fermented microbacteria and flavors

I’ve had a lot of vegan hamburgers in my day, but one thing that I continue to pine for in my darkest, insomnia-filled nights is Asian-style hibachi. Like most of us in college, I had my fair share of trips to the Korean grill. Though my appetite for throwing raw meat on an open flame may have changed, the charred grill taste remains. For that reason, I was very excited to see Next Meats, a Japanese-style plant-based meats startup, pop up at the conference.

Served in a teriyaki stir fry, Next Meats provided a much-needed take on plant-based beef chunks. Other than a few Gardein products here and there, this is a product that continues to be underrepresented in the plant-based meats category in the US. I enjoyed the texture of the strips and was pleasantly surprised to find they held up well in the stir fry without getting too mushy or too rubbery like others in the market. I am excited to see what else this brand comes out with and how they will continue to differentiate themselves in the American market. This product certainly seems like a great fit for a national chain like P.F. Changs or Benihana – both of which currently have little to no vegan menu items.

Where’s it from? Tokyo, Japan

What’s it made of? Soy and pea proteins

Anybody who knows me knows that my pre-vegan days were filled with a precariously fickle appetite. In fact, I was such a picky eater back in the day that I’ve never once consumed seafood in my life (or coffee, but that’s another story). So, imagine my surprise to find out that I would be tasting a revolutionary new cooked salmon product out of Israel. As I entered the coveted tasting room, I joked to the team that, as a lifelong seafood hater, “a thumbs down from me” would probably indicate a positive for their product taste!

Upon first being served Plantish, there was no doubt that the product looks just like cooked salmon. I was also pleasantly surprised that the dread microwaved salmon smell I remember from pre-pandemic days in the office was not part of the package being served to me. With my first bite, I carefully chewed and assessed the taste and texture with my friend, Miyoko Schinner, who I brought as my guest. It sure was a funny sight to see one friend who has never had seafood chatting with another who hasn’t eaten seafood in nearly three decades. We both concluded that while the product had great appearance, it was a bit too soft in texture and a bit too light in flavor. As a brand new product on the scene, I look forward to seeing how the team finetunes the next version of the product.

Where’s it from? Rehovot, Israel

What’s it made of? Legume proteins and algae

At this point you might wonder how a person like me ends up writing a food critic article for Future Food Tech because I am about to review yet another product which I have never eaten in its animal form: lamb. What can I say? Lamb Chop Play-Along left a lasting impression. Nonetheless, when presented with a vegan version of lamb, I chomped at the bit. This was particularly exciting for me, as I, like many folks who have checked out the new documentary MILKED, recently learned about the massive carbon footprint of lamb farming.

Delicately spun around a skewer, I bit into the Black Sheep Foods lamb and was instantly transported back to my younger days living in Toronto, surrounded by endless kebab food carts. The taste was distinctive and unlike anything I have had before. Known as “gamey”, this is a quality I came to learn was a hallmark of lamb’s flavor. While I’ve never had the animal-based version of this product, the product was remarkably addictive and I found myself sneaking a second and third (probably fourth) skewer. I can’t wait to introduce this to my meat-loving family.

Where’s it from? San Francisco, USA

What’s it made of? Textured pea protein

Last but not least, I’m pleased to share that if there is one food category I know well, it’s dairy. Though I gave up dairy a long time ago for ethical reasons, I can’t honestly say that I will keep it out of my diet with the introduction of non-animal sourced dairy products. Every time I have friends and family visiting, I always stock my house up with Brave Robot, an animal-free dairy ice cream powered by Perfect Day technology. So, it was with great excitement that I had the chance to try Remilk, a precision fermentation-powered dairy cream cheese.

The first thing I noticed (and something that Remilk proudly advertises) was that the cream cheese was plain with no added flavors like chive or garlic. This is often seen in vegan versions of the product as a way to hide the subtle plant protein flavor. After taking my first bite, it was clear to me that this was no cream cheese alternative – this was real cream cheese, in every single sense. By far, this was the standout product of the conference for me. I have little more to add to this review than to simply say “we’ve done it” and count me in to be first in line.

Where’s it from? Rehovot, Israel

What’s it made of? Non-animal source whey protein (precision fermentation) with plant-based ingredients