In the fifth episode of season three of the Red to Green podcast, host Marina Schmidt has a conversation with Dr. Daniel Jolley, Senior Lecturer in the Department of Psychology at Northumbria University in the UK, about cultured meat conspiracy theories. Dr. Jolley’s research focuses on the consequences of conspiracy theories and he has been featured on multiple high-profile media sources for his expertise on this issue. Kicking off the podcast, he emphasizes that people who believe in conspiracy theories aren’t just individuals on the fringes of society. Sixty percent of UK citizens believe at least one conspiracy theory and research reflects the similar findings in America and across the world.

Potentially people listening now could learn from the communication strategies of people, of phone industries, of the government trying to tackle misinformation with 5G.

Climate change, vaccines, and COVID-19 all hold a host of conspiracies, and cultured meat, as Dr. Jolley puts it, has the “key ingredients of conspiratory beliefs to flourish.” Conspiracy theories can impact people without them realizing and once they are exposed, it is very challenging to correct, he notes. Prolonged exposure to a conspiracy theory continually reinforces those beliefs and makes the individual more resistant to change.

He identifies similarities between cultured meat and technology advancements. 5G technology, in particular, has a wide array of misinformation, fake news, and conspiracy theories associated with it. Some even believe that 5G technology caused the COVID-19 pandemic. The alternative protein industry should be thinking about what lessons can be learned from the 5G rollout, according to Dr. Jolley.

The communication strategy, potentially, is really important as a way to ensure that the language that is being used isn’t going to breed conspiratory beliefs.

In order to mitigate damage from conspiracy theories, Dr. Jolley suggests that the alternative protein industry should provide information on cultured meats, but should not talk too much about the potential dangers and risks. By doing so, the industry would only be drawing attention to negative aspects of the product that could manifest into conspiracy theories. Science communication also needs to be accessible; the average consumer is not going to read through a long research report.

Humor is often an engaging way to teach people about science and should be considered within the alternative protein industry as a way to disseminate scientific information. Communicating science in an accessible way can be beneficial for consumers to understand the information. Scientists and doctors using their own Twitter feeds to explain how the COVID-19 vaccine was developed and the impact it is having is a prime example of how this tactic can be successful.

The communication strategy, potentially, is really important as a way to ensure that the language that is being used isn’t going to breed conspiratory beliefs.

Conspiracy theories can be born out of people who are anxiously asking genuine questions about the product, but some may still be asking these questions with a motive to stick to their prior beliefs. The idea of fake news is complex because the reason for these beliefs are irrational. Dr. Jolley thinks that it comes down to the status of the person or group who supports the viewpoint. The high status of a powerful person or group who supports a certain viewpoint will be seen as less favorable than a low power source. High power sources seem more conspiratorial than a Reddit community full of low power sources because the latter usually do not have a vested interest in the area. 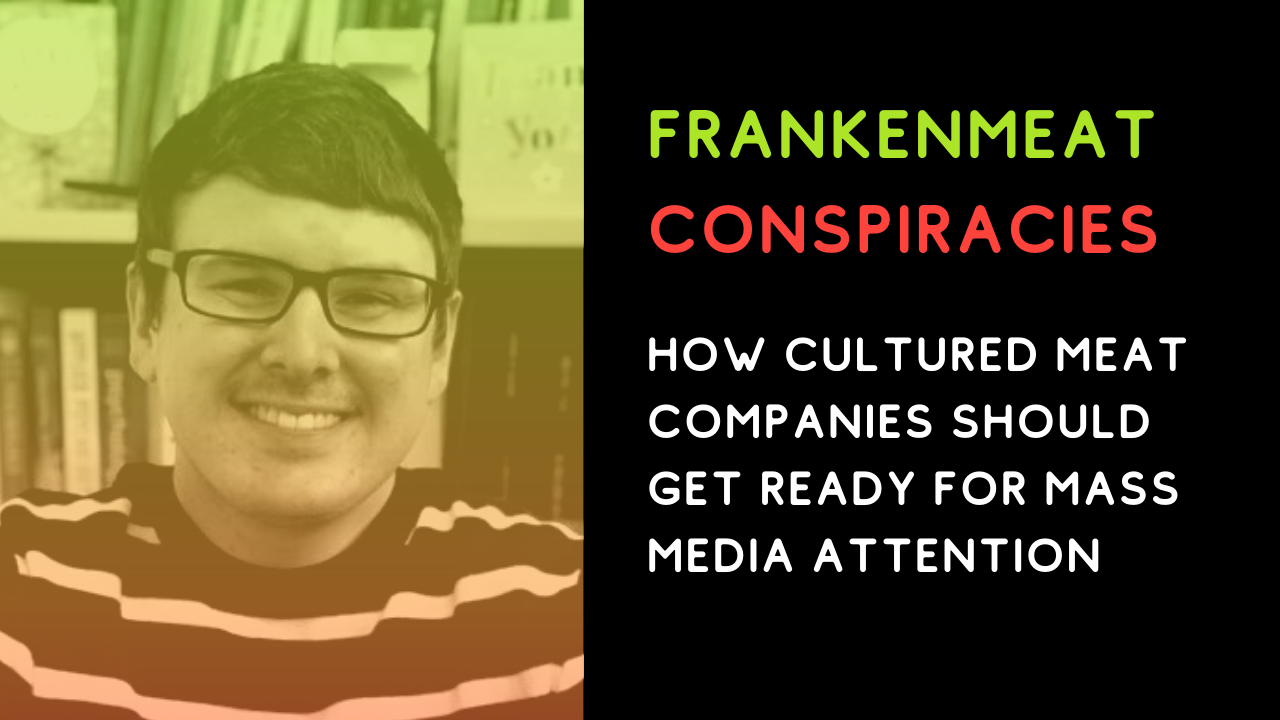 The Week In Plant-Based: Beyond Meat And Pepsi Recreate Jerky With Plants, Hong Kong Gets A New Vegan Brand