The 5 Delicious Reasons Why We’re Obsessed With Ethiopian Food 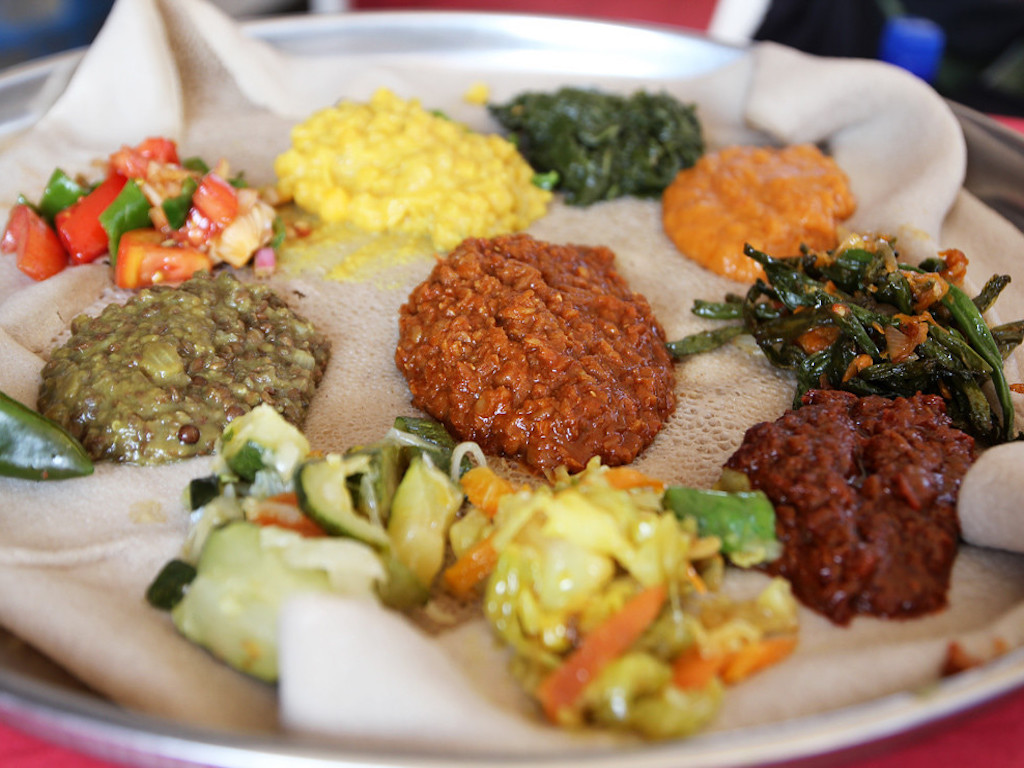 Did you know that meatless dishes have always been around in Ethiopian cuisine? For centuries, Ethiopian food culture has traditionally featured a wide range of rich and colourful vegetables, fruits, beans, and pulses as the core ingredients in many of their delicious vegan-friendly dishes. While veganism has become a popular trend in the West in recent years, Ethiopians have long been enjoying vegan dishes and the benefits of going plant-based.

Many archeologists have dubbed Ethiopia as the “cradle of mankind”, where paleontologists discovered many of the first hominid fossils, such as the beloved Lucy. Unlike many nation-states in Africa, Ethiopia is one of the few countries in the continent that can be considered as never colonised. Despite a short Italian occupation in the 20th century, Abyssinia (as Ethiopia was then known), had never experienced full control under a colonial administration.

As scholars continue to debate the reasons why Ethiopia was able to fend off Western imperialism, one of the consequences of its independent survival is that almost every aspect of Ethiopian culture – from diet to music, architecture and dance – is authentically its own in origin.

One of the most special qualities of Ethiopia is its incredibly delicious food, with most of their traditional staple dishes being completely plant-based! Due to the country’s Orthodox Christian background, it is common to eat plant-based every Wednesday and Friday, and for stricter followers to abstain from meat and dairy for half of the year. In a conversation with The Guardian, Tutu Melaku, a chef at an Ethiopian restaurant, estimates that the “Ethiopian diet is 70% vegan”.

2. Injera Flatbreads Are The Absolute Best

One of the foods makes an appearance at every Ethiopian meal is injera. Injera is a tangy, sour, spongy flatbread that resembles a crepe, made from fermented batter. The key ingredient in injera, Teff, is a gluten-free super grain native to Ethiopia. The country’s famous superfood is a highly versatile grain that has a mildly nutty and earthy taste. Paired with other Ethiopian diet staples – wat and colourful veggie platters – all made from beans, grains, pulses and vegetables – Ethiopian injera is just so delicious!

Did you know that the star ingredient, teff, in injera, is not only super tasty but also jam-packed with nutrients? The super grain is filled with complete proteins, fibre, magnesium, iron and calcium (in fact, no other grain on earth has more fibre per serving). Usually served alongside wat – aromatic stews of lentils, cabbage, onions, potatoes, and other pulses with flavourful Berbere spices. Families also often enjoy beyaynetu, which are individual platters of vegetables cooked up in different ways, such as stuffed whole jalapeno peppers, simmered greens and beans and chickpeas in a tomato sauce. From fibre-rich lentils to B-vitamin packed Berbere and blood sugar-regulating lentils – the sheer variety in the Ethiopian diet is what it makes so healthy.

4. Coffee Is A Cultural Mainstay

The populous country of 110 million people, located in the Horn of Africa, also bears the title of being the birthplace of coffee. Coffee, now grown worldwide, can be traced to its heritage on Ethiopian forests. Legend has it that Kaldi, an Abyssinian goat herder stumbled upon a small shrub of coffee cherries that started to make his goats excited. He tried the berries himself and brought these beans back to the monastery where the monks started to brew coffee, as they would with tea, in order to keep them awake during spiritual prayers. They were soon hooked and shared coffee with the world. In Ethiopia, people drink coffee multiple times a day; coffee has its own ceremony and it’s really really good because it’s one of the only places left on earth where coffee beans still grow wild.

5. It’s All About Community

At the heart of Ethiopian food culture is community. Ethiopian food is served on communal straw plates and baskets. Instead of using utensils, Ethiopian food is meant to be eaten with your hands by scooping up stews and sides with pieces of injera. A large part of embracing Ethiopian food is immersing yourself in the traditional way of eating together, as a family or group. In an increasingly individualistic world, the Ethiopian dining experience shines a light on the importance of human connection and bonding over food – something that is needed more than ever in order for us to come together to tackle the myriad of global issues our planet is facing.

Mälkam məgəb! (Enjoy the feast in Amharic, the Ethiopian language)

As Humane Slaughter Come to Aquaculture, Is Animal Welfare At a Tipping Point?